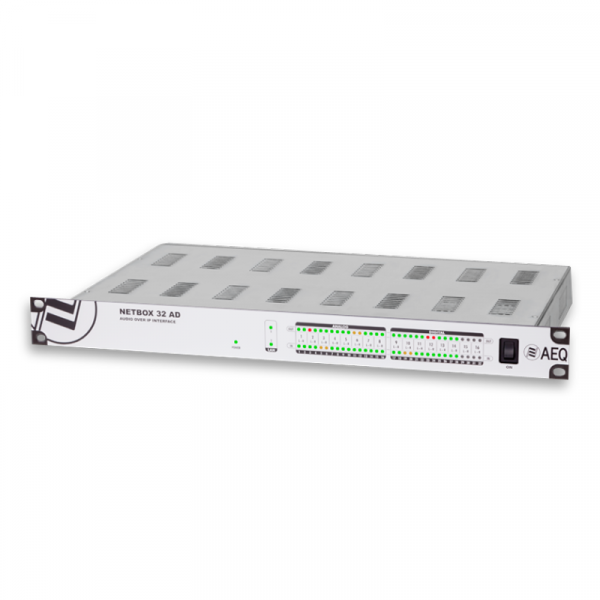 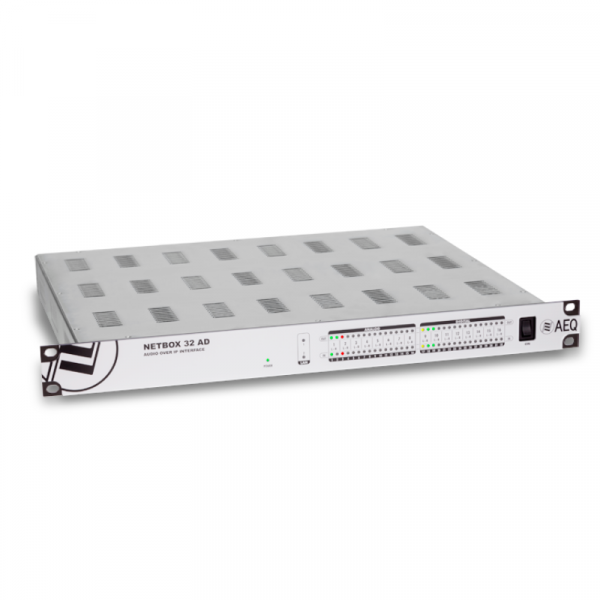 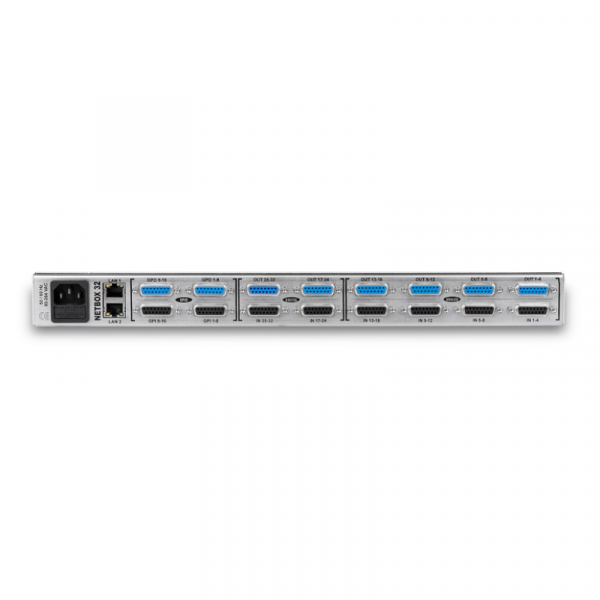 Dante IP audio Analogue to Digital interface with 32 input and 32 output channels organized in 16 mono analog + 8 stereo digital channels. The stereo digital audio channels can be configured as AES/EBU or SPDIF standard. It also incorporates 16 GPI and 16 GPO (each GPO connector includes a power supply pin to feed the output circuitry). This allows you to add any device to the Dante AoIP network. This is a plug and play technology with automatic detection of the hardware and simple audio routing.

The Netbox 32 AD MX performs as a mixing and distributing matrix, so it can mix inputs combinations (each one with independent relative level) to any of its 64 outputs (16 analogue, 16 digital and 32 IP Dante), as programmed using Netbox RTC application. Digital audio channels can be configured as AES/EBU or SPDIF standard. It also incorporates 16 GPI and 16 GPO (each GPO connector includes a power supply pin to feed the output circuitry).

Physical GPI and GPO are standard GPIO, while virtual GPIO use AEQ’s proprietary protocol, although it is starting to be implemented by several integrators. GPIO can also be transported through the IP network between compatible devices. This way, a GPIO can drive GPOs in other equipment. This is what we call “Virtual GPIO”.

Mixing:
Apart from its processing capabilities, NETBOX 32 AD MX can also mix any of its inputs to any output. This means that any set of inputs can be mixed to any of the outputs. Each output gain can be individually adjusted. They can also be muted.