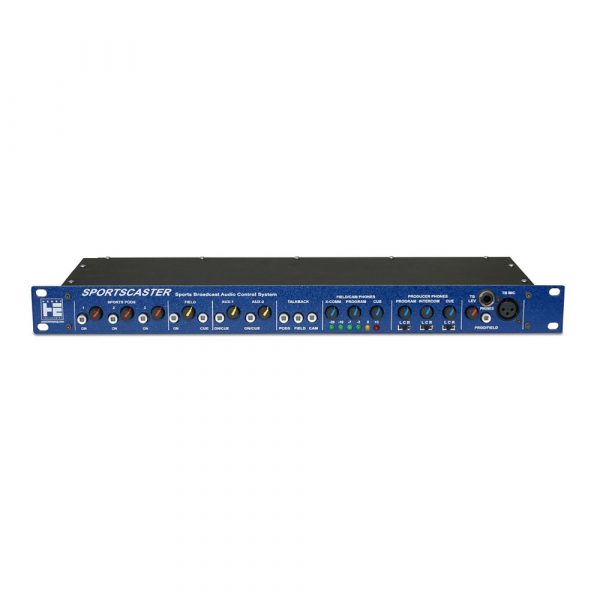 SportsCaster is an audio control system for managing the audio portion of a sporting event radio or video broadcast. When used with Henry Engineering’s Sports Pods, SportsCaster creates an integrated system that includes all essential audio functions including audio mixing for air or webcast, headphone audio management and distribution, and off-air intercommunication. SportsCaster is a one-box solution that is comprehensive yet intuitive and easy-to-use. By integrating all functions in one device, SportsCaster eliminates the need for multiple mixers, distribution systems, headphone amplifiers, intercoms, power supplies, and complicated wiring.

SportsCaster provides all these essential functions in a compact 1-RU package: 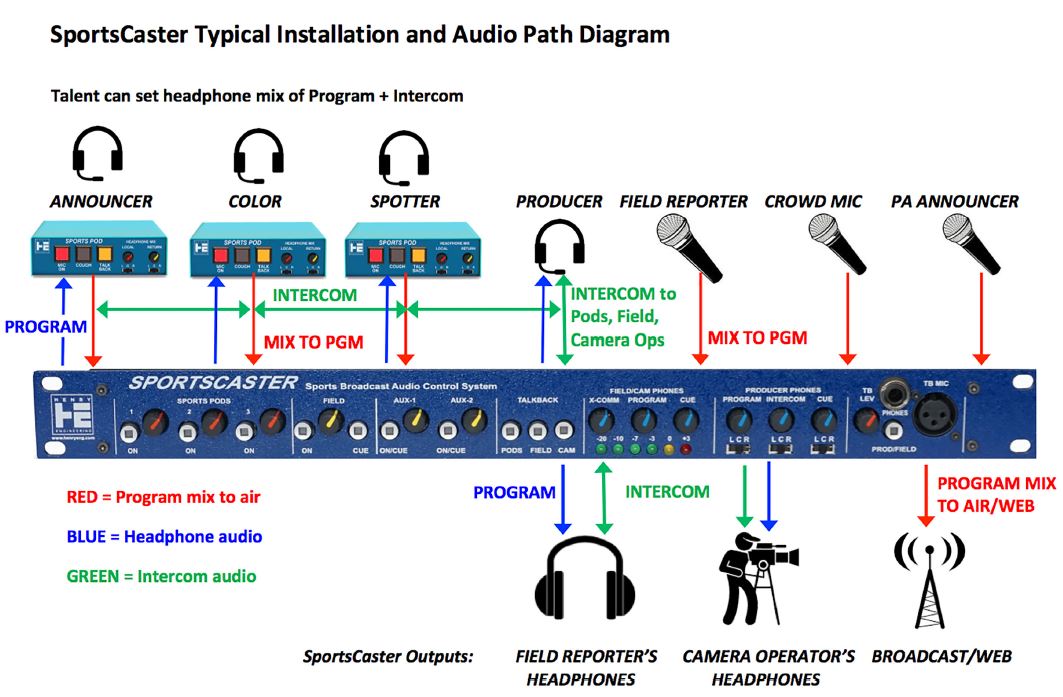 The broadcast team includes the Producer, play-by-play Announcers, Field Reporter, and Camera Operators. All wear headphones to monitor the broadcast and to hear the Producer’s cues via the Intercom.

The Announcers call the game using Sports Pods. A Field Reporter can also be mixed in, as well as a Crowd mic and PA Announcer or other audio source. This Program mix is what the audience hears via air or web.

The Producer uses his Talkback mic to selectively talk to the Announcers, Field Reporter, or Camera Operators, off-air. The Announcers can also use the Intercom to talk to each other, off-air.

The Cross-Comm feature allows three-way Intercom between Producer, Field Reporter, and Announcers, when it’s necessary for the Announcers to coordinate directly with the Field Reporter.